Jump Down To: Youth media production to educate, innovate, and engage | References

Climate change as an educational challenge and opportunity


The challenges presented by climate change demand new educational approaches that actively engage learners with both the science of climate change and with its human dimensions. 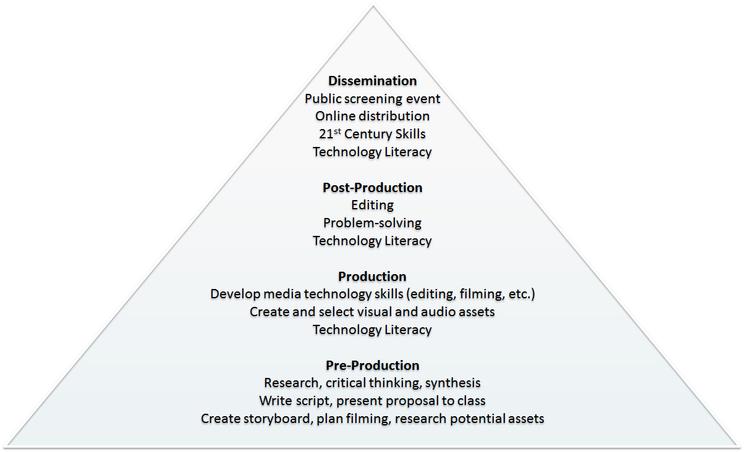 Provenance: Juliette Rooney-Varga, UML
Reuse: This item is offered under a Creative Commons Attribution-NonCommercial-ShareAlike license http://creativecommons.org/licenses/by-nc-sa/3.0/ You may reuse this item for non-commercial purposes as long as you provide attribution and offer any derivative works under a similar license.
Climate change science is complex and crosses traditional disciplines. There is strong scientific agreement that current and projected climate change is primarily driven by human-caused emissions of greenhouse gases, primarily from the combustion of coal, natural gas, and oil (Allison et al. 2009; IPCC 2007).

Similarly, we are already witnessing the impacts of climate change on human society, in the form of increased intensity of floods, droughts, and heatwaves, sea level rise, ecosystem responses to a changing climate, and many other areas. If greenhouse gas emissions are left unchecked, the consequences of climate change are expected to be largely negative and potentially catastrophic for society. Thus, climate change and the human systems that interact with it represent extremely complex systems and pressing societal challenges.

These systems also represent an opportunity to engage learners in a topic that has immediate and relevant consequences across many disciplines and that is of particular interest to younger generations who are likely to face major changes within their lifetimes. Despite this opportunity, misconceptions, or flawed mental models, about climate change remain widespread, are often deeply entrenched, and present significant barriers to learning (e.g., Sterman, 2011, Weber and Stern, 2011).

In many cases, traditional modes of learning have shown to be largely ineffective for overcoming this barrier. Climate change represents a dynamic system with many nonlinear processes, feedbacks, and non-intuitive behaviors, and it inherently implies that major change (in human energy systems, natural systems, or both) are likely to occur within the lifetimes of most students (Sterman, 2008; Sterman, 2011).


By creating media themselves, students gain a much deeper understanding of the potentials and limitations of the major means through which they obtain information.

Meet the some of the YEP! media producers on Vimeo.

Creation of media (e.g., short films, animations, video journalism) by students offers an opportunity to integrate climate change science with media literacy and actively engages students in the educational process. This approach can be used to overcome many of the challenges unique to climate change education discussed above.

With the increasing use of information and communication technologies among young people especially, media literacy is increasingly considered an essential twenty-first century skill (Trilling and Fadel, 2009). While the vast majority of the general public regularly consumes, or 'reads,' videos, relatively few ever learn to 'write' in the language of video (Olson 2009).

This media literacy provides a means to:

IPCC. 2007. The Physical Science Basis. Contribution of Working Group I to the Fourth Assessment Report of the Intergovernmental Panel on Climate Change. Cambridge.